Gordon was born at an early age into a farming family in Deeside, Aberdeenshire. He attended the local primary school where he learned the basics which set him up for the secondary school or academy where he learned a bit more about the university of life. It was not the fault of the teaching staff that no significant genius was created. There were too many other distractions at that time.

On leaving school he tried many jobs which included  clerk, storeman, driver and salesman.

At 21 years of age Gordon decided to go walk-about in Europe and for 4 months he hitch-hiked his way around France, Germany and Italy living the life of a beatnik and gaining a slim- like figure due to the lack of food, despite selling papers in Paris and playing guitar in Venice.

On returning home to Scotland Gordon resumed his working life, driving, selling, store-keeping and playing his guitar in various local groups. He also did a stint of croupier work at two of the nearby casinos. In addition to growing bonsai trees, dabbling in photograpy, building a snail farm and his other hobbies, Gordon was married and helped to produce two lovely children. He also trained and ran a marathon, worked out at the gym and did martial arts for a while. In later years he started his own business selling corporate identity goods to the ever expanding oil and gas companies. During this period in his life to satisfy his curiosity, Gordon appeared as an extra in the film about Bobby Jones the golfer where he rubbed shoulders with some Hollywood actors who have failed to stay in touch.

One particular day when boredom visited  him he decided to start writing a book and set about creating ‘Stay Cheeky’, a story set in the 60’s and 70’s . It is the humorous tale about a group of friends  growing  up together during those wonderful years.

With no offers of a film forth-coming and no plans to bolt off to a tax haven, Gordon has written a follow up to ‘Stay Cheeky’ called ‘Still Cheeky.’ He has also put together some short stories.  Gordon enjoys travelling and riding his bicycle at every opportunity and he still strums away on the guitar and blows on the harmonica with a particular love of blues music. 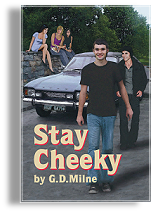 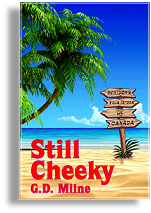 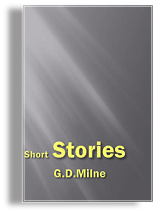